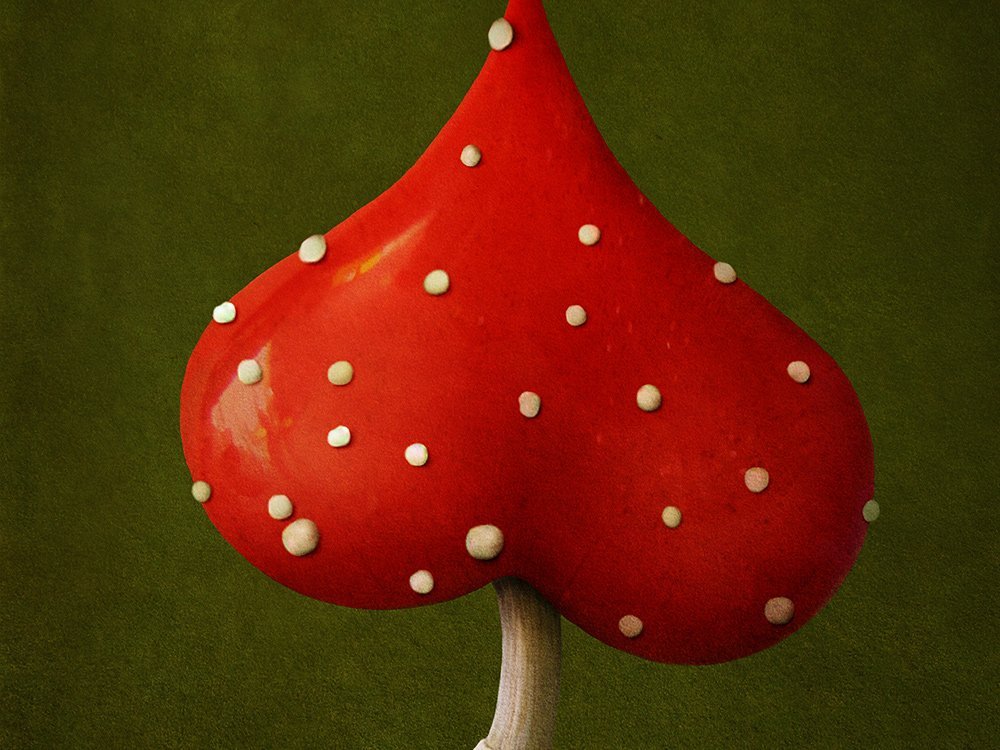 Advertisers never use the colour red in advertising campaigns for sanitary products. It is more palatable for us to watch a beaker of blue solution being poured over the next ultra-thin product on the market than it’s red counterpart. We simply don’t like to be reminded that real blood is involved.

Red is also the colour you dread to see when you are pregnant.

At five weeks and one day I started to spot. It is now two weeks later and I have been spotting almost every day since. Most days it is slight, brown (almost like chocolate). Sometimes it is textured, like fine coffee grounds. Occasionally it has been red. So far there has been no pain, but neither heavy bleeding nor strong pain is necessary for a miscarriage to have already occurred, as I know by now.

The first day I spotted coincided with the first time David and I were intimate since the embryo transfer. Immediately afterwards there was a small amount of bright red blood (like from a cut finger). It did not resemble what I recognise as endometrial blood (more purple, thicker) so I was not overly concerned, but we went to our local A&E anyway just in case. By then the bleeding had already stopped, but I was offered a scan the next day, and upon my request they agreed to check my beta hCG blood levels to see if they were rising appropriately.

The following day we had our scan. What a difference a couple of weeks can make. It was exactly 18 days since our embryo transfer and what started off as a small collection of cells barely visible to the naked eye, had already developed into a structure measuring 16mm. What we really wanted to see was a heartbeat of course, but the sonographer could not confirm one – it was still so early. I was relieved mostly to see the yolk sac. It looked perfectly round, and a good size in relation to the GS. Crucially, the gestational sac, yolk sac and fetal pole were all measuring well – in fact both the GS and the length of the fetal pole (otherwise known as the crown-rump length (CRL)) measured larger than my date of 5 weeks 2 days suggested:

My two beta hCG tests came back on the higher scale of things too, rising from 19,957(at 5w2d) to 30,655(at 5w4d). This represented a 53% increase, and while it is common “knowledge” that hCG levels should double every 48 hours, the truth is not as straightforward as this. In fact the higher your hCG levels rise, the slower their doubling rate becomes:

As your pregnancy develops, the increase (of hCG) slows down significantly. Between 1,200 and 6,000 mIU/ml serum, the hCG usually takes about 72-96 hours to double, and above 6,000 mIU/ml, the hCG often takes over four or more days to double. It makes little sense to follow the hCG values above 6,000 mIU/ml as at this point the increase is normally slower and not related to how well the pregnancy is doing. hCG levels rise during the first 6 to 10 weeks of pregnancy then decline slowly during the second and third trimesters.

So we had a good scan result and a good beta hCG rise. Great.
But the spotting has continued. Why?

There are a number of reasons why woman may spot in pregnancy, other than miscarriage.

I have included some links at the bottom of this page for more info, but here is a good summary of the information as I have found it:

It’s hard to describe all the feelings that steadily begin to overwhelm you when you fear your pregnancy may be slipping away from you.

Dread is probably number one. I dread what may lie ahead if the spotting continues. I dread reliving the miscarriage procedure (be it natural or ERPC) and it’s aftermath again. I dread telling the few people who know, that we have failed again. I can’t bear the thought of starting the whole process all over again – months of preparation and procedures. I dread the drugs, the next birthday, the next Christmas, the next Mother’s Day.

David is remaining more optimistic about our pregnancy outcome. He feels that this time is different. He is right of course, in that this time we have used a donor egg and so have removed my bad eggs from the equation. I want to meet him there in his happier place desperately, but I have been optimistic in the past and it made the shock of failure only more acute. I am not religious, neither do I put any faith in the “believe it, and it will manifest itself” damaging ideology made popular with (ultimately self-blaming) books like The Secret. But I wish I believed in a reason for everything that has happened to us. And I wish I believed that fate could not be so cruel again.

We have our next scan in 8 hours.

I an including some information here on early miscarriage. If you are reading this post, it may be a concern for you:

If you have any symptoms of a miscarriage, you should contact a doctor right away to have an evaluation. It will be important to have an ultrasound exam to look into the uterus to see if the pregnancy is normal or you are having a miscarriage. Even if you think you passed the entire pregnancy and are feeling better, you should see a doctor. Sometimes, passing tissue occurs with an ectopic pregnancy (pregnancy outside of the uterus) which can be life-threatening if not diagnosed early.

Early miscarriage is a non-medical term for lots of different types of events that might or might not actually result in pregnancy loss. The types of miscarriage include the following: