How many embryos should we transfer? 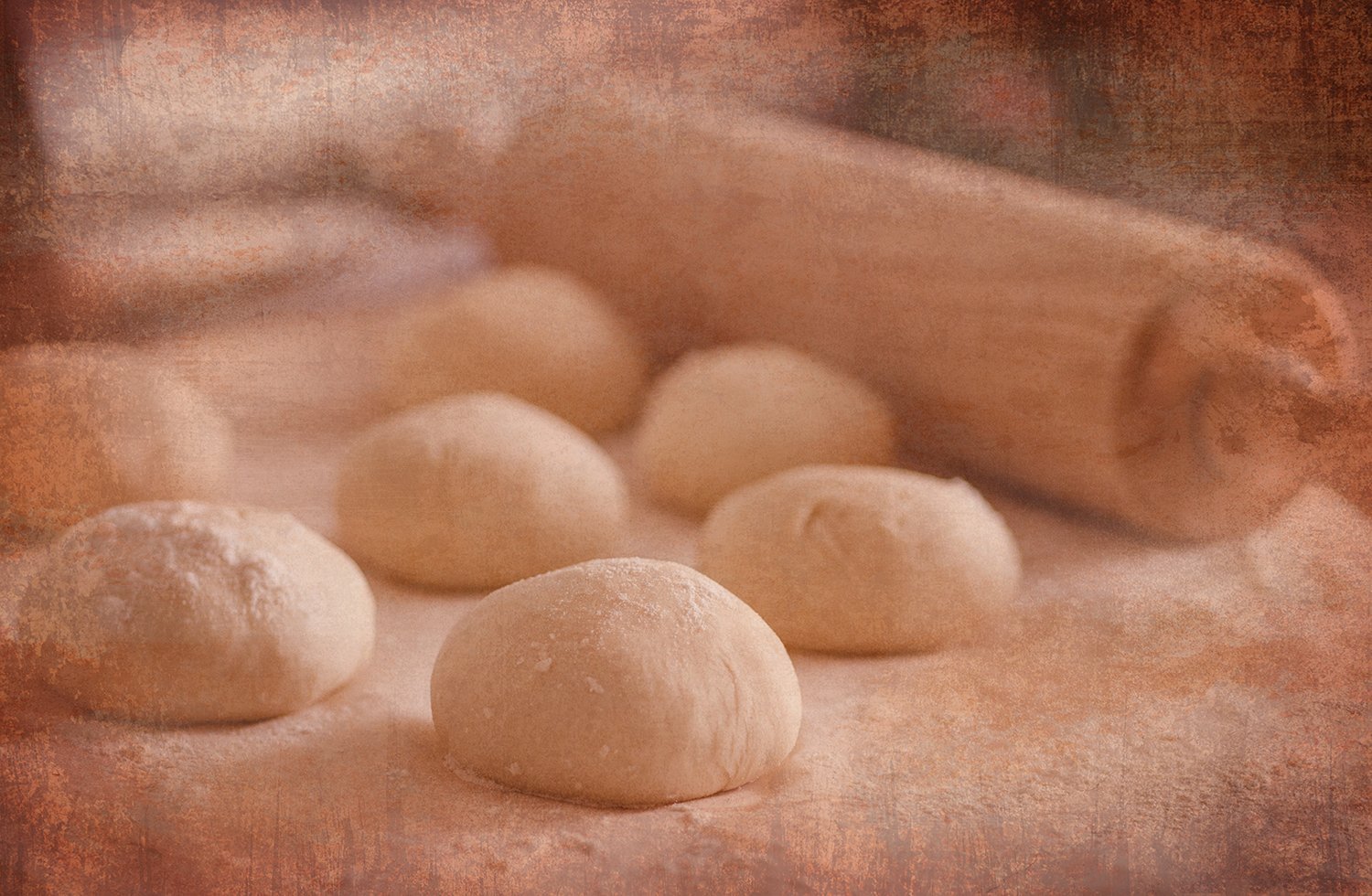 Day 13 of our IVF cycle – our Egg Retrieval Day.

David and I both had our first appointments scheduled with the clinic today. He was due to be there for 9am to provide his sperm sample and I had been given a 1pm appointment to have another internal scan, for the latest assessment of my endometrium.

Here is a quick reminder of our full 30-day IVF schedule:
10th July:

I should start my withdrawl bleed after ending the pill, which will also mark the first day of our IVF cycle.

Scan scheduled to check endometrial thickness. It needs to be at least 7mm thick (preferably more) and trilaminar (three-layered) in appearance by Embryo Transfer day.

Egg Retrieval (from donor) is scheduled for today. We will find out how many mature eggs we will have.

David will give his fresh sperm sample.

The eggs will be mixed with David’s sperm.

I will have another scan to see if my endometrium is thickening as desired.

We find out how many eggs have successfully fertilised.

Embryo Transfer could take place today (if we opt for Day 5 (blastocyst) transfer).

Time to see if it has worked – Pregnancy Test Day.

I went along with David to his 9am appointment. While I wanted to support him I was also very curious to see inside the clinic. Moreover, I knew our donor was scheduled to have her egg-retrieval procedure today this was an added draw – I wanted to be in the same building at the same time as her. I think I just wanted to feel like I was at least present when our future embryos began their expedition, a journey which would hopefully end in the arrival to us of our child. Maybe I might even be lucky enough to catch a glimpse of our egg donor as she entered or left the clinic? Legal anonymity meant I could not know her if I did see her of course, but it might be nice to guess who she could be. I was acutely aware that I was surplus to requirements, that my physical presence was not needed in the conception of our baby. So maybe I did not need to be present, but I could at least bear witness in some regard, to this first step.

The first thing we were asked for at the clinic was to show photo ID. It seemed an obvious request as soon as the receptionist asked us, but it had not occurred to either of us to bring any. Once we gave our names and a quick call was made to our IVF co-ordinator, we were allowed through and instructed to go upstairs to the “Donor Programme” waiting room. It was clean and bright, with contemporary furniture and tea/coffee facilities. Three young nurses in white uniforms were going in and out or rooms to our left. No-one came near us for fifteen minutes, which gave me plenty of time to look around and spot a woman sitting behind me, on her own, with a pained, sorrowful expression on her face. She had brown hair and brown eyes, just like we had been told our donor had. I heartily hoped she wasn’t her though – she looked absolutely miserable. Would they put donors and recipients in the same internal waiting room? It seemed extraordinarily unlikely…

A young girl (early twenties I would guess) finally came over and introduced herself to us as Karina*, our IVF co-ordinator. The first thing that struck me was how beautiful she was. Tall, slim, dark and bright-eyed. For a moment I wondered if she ever donated eggs herself. Being a woman in receipt of anonymous donor eggs apparently leaves you open to viewing every young attractive woman as walking ovaries. We had a brief but friendly chat before she led David away to give his sample. He wasn’t gone long when a tall, anxious-looking man exited from the hall he had just been led to, and joined the miserable-looking woman on the couch. Of course they were just another couple with their own painful backstory, just like David and me.

About an hour after we left the clinic we received an email to tell us that our donor had been able to give us eight mature eggs, and we were also sent a breakdown of David’s sperm analysis. I was impressed by the efficiency of it all. And eight eggs! I had only been able to produce five from my own IFV cycle the year previously so already this was a better start. From everything I had read, the optimal amount of eggs to retrieve from a healthy donor on a good stimulation cycle should be roughly between 8-15. Too few eggs gave you fewer options should things to go wrong of course (and might suggest an older donor or an inappropriate cocktail of drugs). Too many eggs might suggest an over-stimulated cycle, which apart from producing less mature oocytes could also indicate a higher risk of Ovarian Hyperstimulation Syndrome (OHSS), a potentially serious complication for our donor.

David’s sperm analysis came back within the normal ranges. At least we should have no problems there.

At 1pm we were back again, this time for my scan and our first actual meeting (other than our Skype call in April) with our IVF doctor. Karina sat in on the meeting and helped to translate as Dr. Dvorak’s* english, which was quite reasonable, if not fluent. He conducted my endometrial scan and was thankfully happy with the result (which was 0.72cm) as I had now reached the minimum required thickness of 0.7cm, and still had five days more growth before the embryo transfer was due to take place. Importantly, the endometrium layers also looked healthy and in the correct proportions.

We had a chat about the number of embryos we should put back (presuming that we would have more than one viable blastocyst by our Day 5 transfer day). Dr. Dvorak was open to the idea of transferring two embryos back to me, which was the maximum they would allow, although he understood my reservations about the higher rate of complications associated with twin pregnancies. He estimated that transferring two embryos would result in twins approximately 30% of the time. He also went on to tell us that he did have one couple some years previously who gave birth to twins, discovered that two babies were just too hard to manage, and put them both up for adoption. A ghastly story but it brought to mind another story we had been told by a fertility doctor at the first clinic we had booked a consultation with almost two years previously, who told us of a woman he had treated who had asked for two embryos to be transferred to her. When she found out she was pregnant with twins she was completely distraught and left his office in shock and tears. Whatever did she think might happen?

David and I had discussed a number of times already whether we would opt to transfer one or two embryos. He was in favour of two. I was more reluctant. Twins would of course be fantastic. Ideally we wanted to have at least two children anyway and this way they could grow up together, playmates, best friends, and provide support for each other. Obviously they would also care of both us in our twilight years, or hopefully at least pick a minimally-abusive Home. I grew up with five siblings and love it when we all get together, although this is unfortunately not very often. We do not always agree, are by no means a perfect family, but we love each other and ultimately are each others strongest links to our past. We tend to tell the same old stories when we get together and often remember the same incidences completely differently, but I value our shared history.

Twins could be great for both the babies and us – and we would finally have our ready-made family after all the heartbreak of the previous years. But we had been through so much over all that time, and the truth was that we were not through to the other side of all the grief yet. Did we really want to put added strain on our relationship by having two babies at once and struggling to cope? We had wished for our child to be born to us for so long – I wanted us to be able to thoroughly enjoy him or her if we were successful, not spend our days struggling to keep two babies alive, clean, fed and winded, and miss out on all the special moments we might simply be too exhausted to see. What would be the point in that? Also, we had recently emigrated and had no family nearby to help out, or even to help keep two sleepless parents sane. Most importantly, twins almost never go full-term, and are almost always born premature. What if they were born far too early and suffered setbacks – cognitive or physical disabilities – as a result?
What was an acceptable risk?

If we transferred only a single embryo we were told we had an approximately 55% chance of success. If we transferred two, we were giving ourselves two shots but there was a 25-30% chance of twins. There was even a remote chance of triplets, as sometimes an embryo will split after transfer producing identical twins (plus the remaining baby). One woman had been in the news recently because after transferring two embryos, both had spontaneously split producing four babies – two sets of identical twins.

With so much to consider, Dr. Dvorak suggested we wait and see what Day 5 brought. Maybe we would only have one embryo to transfer anyway so the decision would be made for us. Maybe we might have two, but one might be of too poor a quality to survive a freezing & thawing process and so could not be saved for a future cycle. If faced with that situation, we might consider transferring two embryos then? We were also to bear in mind that there was a limited amount they could tell about embryos so early just by sight. A poorer-looking embryo by Day 5 could result in a perfectly healthy baby, just as a perfect-looking embryo might not result in a pregnancy at all. There was no mention of doing a Day-3 transfer at all, and neither David nor I brought it up either. We knew we would most likely have fewer embryos survive to Day 5, but we were aware that they were also more likely to be viable if they could reach this blastocyst stage.

We decided to wait and see what the next five days would bring before making a decision. It made the most sense to decide when we had all the information to hand. In the meantime Karina told us that the embryologist would be in touch with us over the coming days, with updates on how our embryos were doing.

I was told to continue with my medication as prescribed but David’s part (for now) was over. He could finally go out and enjoy a gin and tonic.